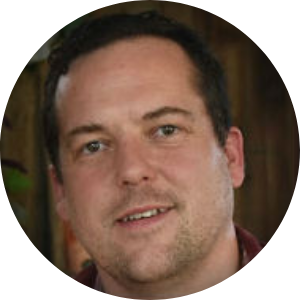 Looking at Mozilla’s finances, it’s reasonable to conclude that Google is keeping them on life support to keep the anti-trust hounds at bay. Mozilla’s deal with Google will account for at least 70% of their revenues going forward. That’s over $400 million to be the default search provider in 4% of browsers. For 1 year. I’ll bet my next paycheck that Google reupped this rather generous agreement to avoid a repeat of Microsoft’s troubles over an Internet Explorer monopoly. My guess is that Google will decide it’s in their interest to pull the plug right around the time this latest wave of anti-trust talk blows over.

With the troubles at Mozilla, Google is one step closer to replicating the WeChat and Facebook walled-garden model on the Web. A quick survey a the field of play shows just how far Google has come in capturing the once open Web.

(Browser) War is over

Chrome’s ability to dictate web standards will only get stronger over time. Safari and Firefox have been able to apply some shame to Chrome on things like disabling third-party cookies, but soon it’ll just be Apple left with a voice.

But Google doesn’t even need Chrome to dictate standards since it controls the Web’s front door. AMP, a technology no one asked for, is now on over 70% of all marketing websites for no other reason than Google said so.

And let’s not forget that most people now access the web via mobile devices, 75% of which run Google’s Android.

Lacking native distributed search allowed Google to grab a monopoly position as the entry point to the web. The Web’s orignal architects were off base on hyperlinks; it turns out people just want to skip right to the answer they’re looking for. There was once the beginnings of an alternative in public bookmarking sites, but social networks came and sucked all the air out of that space.

Lack of a safe and easy way of exchanging funds was a big factor in advertising becoming the dominant business model on the Web. No-charge services became the norm because, for a long time, there was no reasonable way to pay for them. Enter advertising to fill the void. I think it’s safe to say that Google’s AdWords is the dominant advertising platform on the open Web, which means it holds a commanding position in the Web’s finances.

I’m also going to throw in an honorable mention to poor native video support (it is hyper_text_ after all). It’s beating a dead horse to point out that Google also serves up the vast majority of videos streamed on the Web.

So Google controls the Web’s search and video infrastructure. It can and does dictate standards and media formats. It also controls a huge chunk of the revenues available when publishing and selling on the Web. It even controls the operating system and browser through which most people interact with it.

Google’s capture of the Web is a fait accompli. Only legislation will keep the World Wide Web from finally becoming Web by Google (TM).